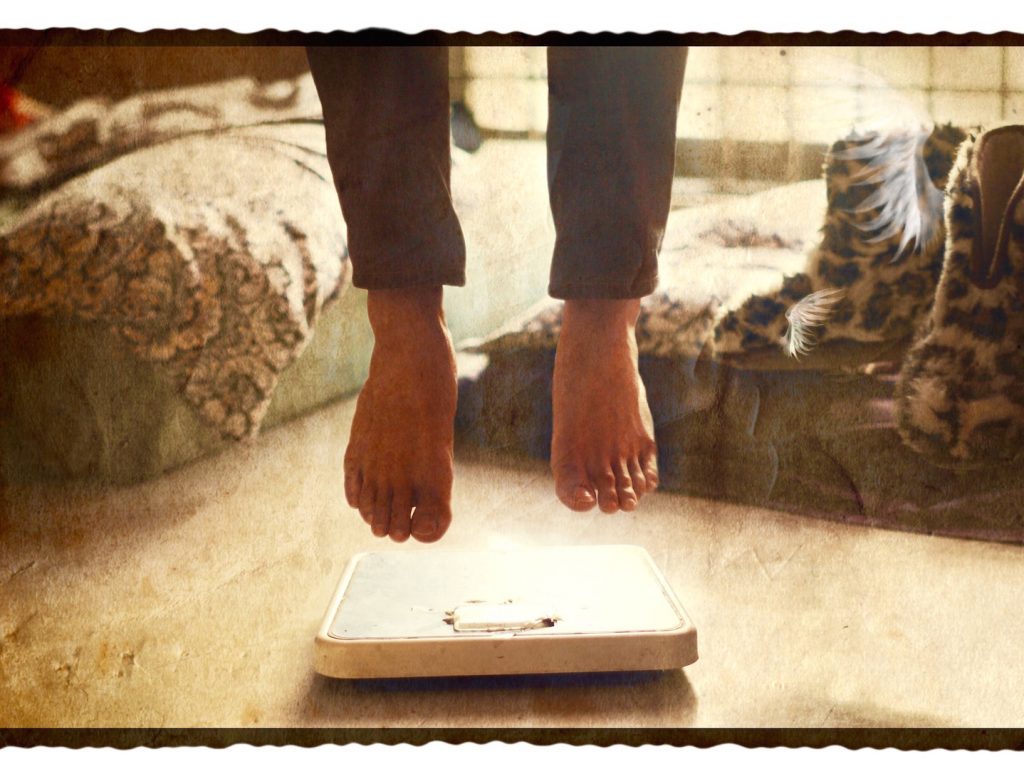 hCG diet: I’m so glad I changed my mind and gave it a try

The hCG diet allows you lose weight super fast – about two kilos a week. When I first heard about it I was intrigued, but also sceptical. I thought it was just another fad diet, but friends were raving about it with an almost religious fervour.

It was about three years ago that I began to see a few friends losing quite a bit of weight. Every time I asked them how they did it, they said the hCG diet. One lady I used to see around the small town where I live completely transformed herself and lost more than 40 kilos. She looked like a different person after the weight loss – as if there had been a slim person inside all those years, just waiting to be set free from the overweight body.

But some of them dropped around ten kilos and then regained the weight.

My questions were: wouldn’t anyone lose weight on only 500 calories a day (which is what the hCG diet prescribes for phase 2)? Do the homeopathic drops really work, or are they a placebo? How do you stop regaining the weight once you begin to eat normally?

I wanted to lose eight kilos and I didn’t want to muck around. I usually fail at diets that only allow you to lose a half to one kilo a week. It just takes too long and I get bored. Once I decide to do something, I want it to happen as quickly as possible.

But I didn’t want to start the hCG diet unless I was sure it was right for me, and that it really would help me lose weight and keep it off. The drops and the program are an investment and I didn’t want to waste my money. Fortunately, I knew local naturopath Rochelle McKay-Masterton, who was one of the first people to bring the program to Australia. I asked her a tonne of questions and she answered them so convincingly, I purchased the program straight away.

Rochelle explained the hCG diet is based on the work of a British endocrinologist by the name of Albert T.W. Simeons. In 1954 he published his book, Pounds and Inches, which detailed how his patients lost weight by following a strict 500-calorie per day diet. But what made the diet so successful was that he gave them daily injections of human chorionic gonadotropin (hCG). This is a large glycoprotein consisting of 244 amino acids that pregnant women produce in large amounts.

Rochelle explained that the modern version of the diet uses hCG in the form of homeopathic drops, which act as an appetite suppressant and also help to reset the hypothalamus (which controls the metabolism) to burn fat more efficiently. The use of the hCG diet drops ensures that once the goal weight is achieved, the metabolism alters itself in order to maintain the new weight.

I decided to give it a try. I opted to do the six-week program, with 23 days on 500 calories and 23 days on the maintenance phase (phase 3). The first couple of days I was light-headed and hungry, but by day three, the hunger vanished and I felt full of energy, light, bright-eyed and really CALM. I couldn’t believe it.

How could I feel so great on only 500 calories a day? I was sleeping really well, my head was very clear throughout the day, I wasn’t hungry and every morning when I stepped on the scales every morning, I was delighted to see my weight had gone down, down and down again.

Seeing those scales drop so quickly was incredibly gratifying and gave me the motivation and determination to see it through. By the end of the six weeks I had lost eight kilos and it was a lot easier than I’d thought it would be to stick to the program.

I made sure I weighed all of my meat into 100-gram portions and put them in the freezer so all I had to do each night was get out my two portions of meat for lunch and dinner to defrost and make sure I had my choice of vegetable and fruit on hand. I absolutely loved the simplicity of it. I’m not much of a breakfast person, so I didn’t mind skipping breakfast. I do love my cup of tea first thing in the morning though, so I was happy I could have that.

What I was most thrilled about was how the diet seemed to target the fat in my ‘problem’ areas – belly, hips, butt and thighs. Rochelle explained it to me.

“Other diets target the easy to access fat – the subcutaneous and structural fat – whereas the hCG diet targets the hard to budge fat (called brown fat) from the hips, belly, thighs and buttocks. It’s the action of the hCG diet on the hypothalamus that gives your brain a new ‘set point’ for fat burning. That’s what sets it apart from other diets.”

I don’t know if the homeopathic drops really work like a type of medicine or if they’re just a placebo, but what I DO know is that there’s no way in hell I could follow a 500-calorie a day diet for three weeks and not be starving and weak without the drops, so they must do something.

Rochelle explained that the drops encourage the body to release fat into the bloodstream which naturally reduces appetite and provides energy.

As I mentioned, my greatest fear was that I would lose weight while on the restricted calories, but regain it as soon as I began to eat normally again. Rochelle put my mind at ease.

“The maintenance phase of the diet is the key,” she said. “You have to follow the maintenance part, which is phase 3, properly. Then you need to adopt lifetime strategies that will ensure you keep the weight off. You need to become self-aware and understand how food impacts the body. If you get a weight jump on a particular day, you have to look at what you ate the past day or two that would have caused your weight to increase.”

So, mission accomplished. I completed the diet successfully, I did lose weight and I felt absolutely fantastic. But something else happened that was really quite amazing. I fell pregnant!

Surprise! I fell pregnant on the hCG diet. . .

When I initially interviewed Rochelle, she told me she’d had a large number of clients fall pregnant while doing the hCG diet. That had really piqued my curiosity.

“The hCG diet is very anti-inflammatory and the body’s hormonal picture really balances itself out while doing the diet,” Rochelle said. “It allows the woman’s body to become fertile again. It’s a great detox and it can also help with fertility, though that observation is purely based on anecdotal evidence at this stage.”

I was 40 and Rochelle had no idea I’d been trying to fall pregnant for six months. Nothing was happening despite our best efforts. About two months after finishing the hCG diet – which Rochelle had said would balance out my hormones – I fell pregnant. I had a great pregnancy with no complications and gave birth to a healthy boy at 41.

Was it all thanks to the hCG diet? Well, I can’t say for sure. But it was definitely a coincidence that it happened so soon after completing the diet.

I had my son at 41 and he was my second child. I was busy and tired, I had thyroid issues as well as insomnia and anxiety, which were brought on by the thyroid problems.

I kept telling myself I’d start a new diet or exercise program but never quite got around to it. Towards the end of 2015, I’d had enough and contacted Rochelle to say I wanted to do the hCG diet again. I got my family on board by asking them to support me, not to offer me any treats, and asking my partner to help with some of the cooking so I didn’t have to prepare two meals.

This time round, I did the low-calorie phase for five weeks and lost ten kilos quickly and easily. I felt fantastic once again. My thyroid balanced itself out, my insomnia and anxiety disappeared, and I was finally able to get a good night’s sleep.

The diet stopped me turning to a nightly glass or two of wine to de-stress (which was probably thwarting any weight loss desires I had) and I feel like I’ve got MYSELF back again. I’ve got my pre-pregnancy body back, a lingering knee pain has disappeared along with the weight loss, and I have lots of energy for running around with the kids.

I must say, this time round, I found the maintenance phase harder than the low-calorie phase because I was doing it over the Christmas and New Year period. There were lots of Christmas parties and festivals to attend and I overindulged a little too often. No worries – I used the steak day when I needed to and found I dropped a kilo overnight each time I did it.

The hCG diet really is a foolproof weight loss program if you follow it correctly and do it under medical supervision by a qualified naturopath, like Rochelle. I wouldn’t suggest trying to do it on your own, with no naturopathic support, as lots of questions crop up and health issues can be uncovered, so you do need to be able to consult with a professional.

People have been commenting on how great I’m looking and have noticed the weight loss. It’s always a good feeling when you lose weight and people start to notice it. Not that you’re doing it for anyone but yourself, but it’s nice when you receive compliments on how you’re looking after all your commitment and determination to stick to the program.

With all the complicated and expensive diet and weight loss programs floating around these days, it’s hard to know which one to follow. I truly believe the hCG diet is one of the best, because it allows you to lose a substantial amount of weight fast and keep it off by learning about which foods cause you to stack the weight on.

If you’re impatient and like to see results fast, like me, it’s hard to overstate how motivating it is to see the numbers on those scales go down every morning and to know without a doubt that if you stick to the program – which is actually very simple, with no processed or packaged foods or complicated menus – that you WILL reach your goal and have the healthy, slim body you deserve.

Do you want to lose weight but are not sure if the hCG diet is right for you? Let us know any concerns or questions you have in the comments section below.

Get your complementary ebook of Pounds and Inches describing the hCG weight loss system by Dr. Simeons

Explore our recipes to help keep you on track

start the program about